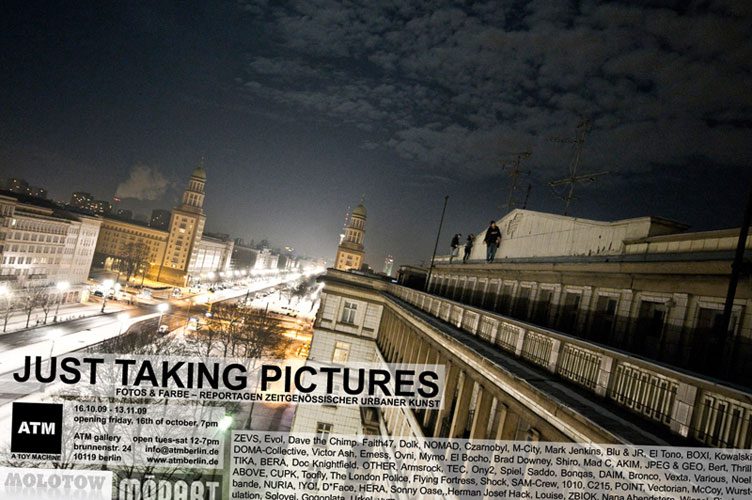 JUST – “JUST TAKING PICTURES”
The Berliner JUST belongs to one of the most eminent photographers of the Graffiti and Street Art Movement. In outstanding photographs JUST not only documents the highlights of Urban Art but also has been portraying artists who have, since he started around 10 years ago, become icons within the Urban Art scene. For the first time he is presenting a selection of his best artist portraits and Street Art photographs in the Berlin based ATM gallery.

Part of his works are records of some of Brad Downeyʼs and Mark Jenkinsʼ inventions, monumen- tal wall pieces of Blu, FAITH 47 and Nomad, radical performances of ZEVS, Doma and Dave the Chimp as well as gallery and museum shows of DAIM, D•Face• and EVOL. Being part of the scene and his dedication for it are some of the reasons why his unconventional photographs are so full of energy and passion. For more than half a decade the artist has been working on the streets himself, he knows his playground and the protagonists of that scene are his friends. This intimacy is the essence of his photographs. His photographs are lively; they symbolize the liberty on those rooftops and the aesthetics of those major cities. They smell of wet paint and sweat of a long night and they show the colour stains under fingernails and the coloured brushes in their vibrant beauty.

JUSTʼs photographs can be found in books and exhibition catalogues as well as various magazi- nes and newspapers such as ART, Modart, Backspin, Zitty, FAZ, Spiegel and The New York Times. He is the silent observer of the urban cities as he is part of it, but at the same time invisible. Armed with spray cans and his camera his conquers the urban jungle and only leaves a trace with his pic- tures and graffitis. 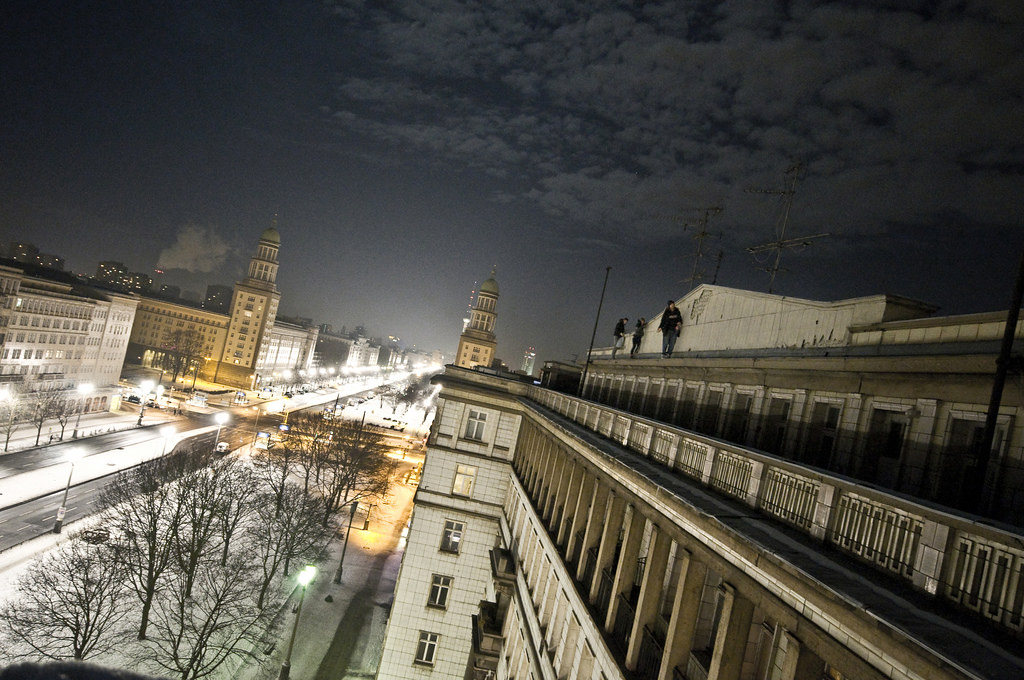 EMESS – What’s the colour of money?