With a qualitative survey of the Berlin urban art and street art scene, the group exhibition ‘Berliner Strasse’ fills a gap in the programme of the Berlin Kunstherbst. On an area of more than 1200 sqm, 10 artistic positions from contemporary street culture show the current developments of a still very young art genre.

The origins of the contemporary street art movement are deeply rooted in the streets of Berlin. Since the late nineties, the facades of the German capital have become the medium and inspiration for the cultural expression of an international group of underground designers. The raw and free-spirited charm of post-reunification Berlin inspired creatives from all over the world to place their works here in public space. The enormous interest in this art-historically still largely undefined genre is reflected in countless book publications, media contributions and exhibitions. Armed with e.g. spray paint or wallpaper paste, street artists accept the risk of prosecution and sleepless nights in dark streets out of a passion for a new guerilla-like communication in urban space. The term street art often implements purely graphic and illustrative approaches without any deeper meaning, where, similar to graffiti, it is exclusively about name-dropping and style. At this point, the question of whether art or non-art arises again and again.

The overarching concept of urban art helps to clarify this question of definition. Urban art encompasses strictly artistic forms of expression that are influenced by contemporary street culture. The cultural influences of this art form mostly include graffiti, skateboarding, street art, punk rock or hip hop. Urban art is influenced by youth movements, which in their original nature stand for anarchic values such as revolt, departure and innovation. It is thus an art form that takes on a very progressive aesthetic and symbolist heritage, and therefore seeks to free itself from the dogmas of played-out and thoroughly commercialised youth cultures. Urban art is an artistic reflection and mirror image of truly progressive urban culture. 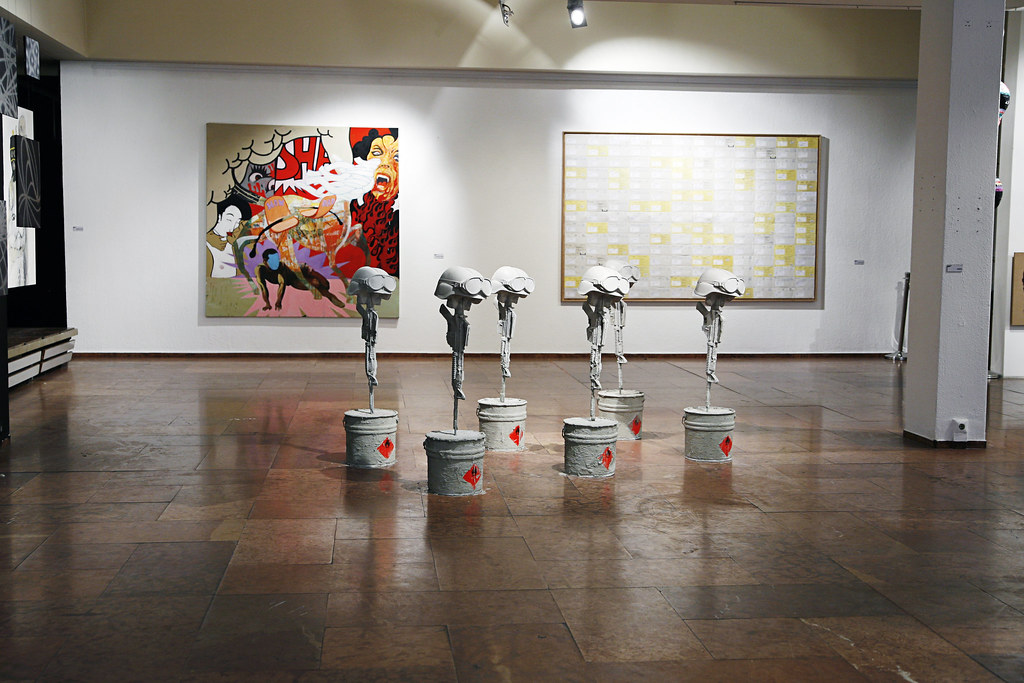 MYMO – I just did this yesterday
Scroll to top