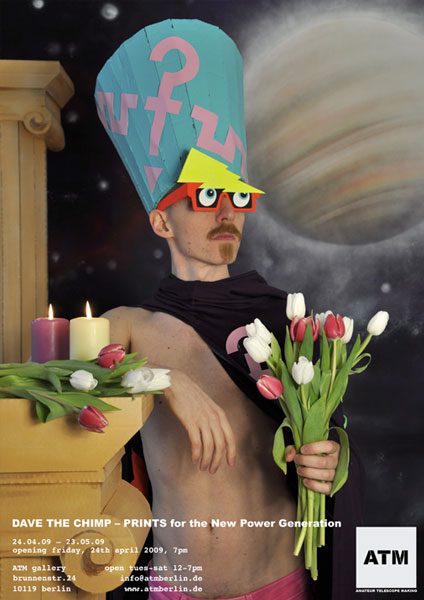 DAVE THE CHIMP – PRINTS for the New Power Generation

ATM is proud to present “PRINTS for the New Power Generation”, Dave the Chimp’s first solo show in his new hometown of Berlin.

Dave the Chimp is, in the words of +1 magazine, “ A Veritable Renaissance Man”. Well, if that means a painter, a cartoonist, a director of pop videos and TV commercials, a graffiti artist, a dancer with a band, a designer of both skateboard graphics and skateboard shoes, and an avid self-publisher, then we think it’s probably a pretty good thing to say about the Chimp. We could also tell you that he has exhibited his paintings and been featured in books alongside all the major players in the street art and skateboard art scene today (Banksy, Shepard Fairey, Dalek, Blu, The London Police, Mark Gonzales, Andy Jenkins, etc) and has had successful solo shows in Britain, Italy, Germany and Luxembourg. He has been the CI designer for a skateboard company, and the Artist in Residence at a London advertising agency, and the first book of his street work will be published by Publikat this summer. Dave the Chimps` work has a depths of thinking rarely visible in the Street Art scene, and with an ability to communicate so much with so few marks, his art is some of the most interesting seen in both galleries and on the streets today.

For most Berliner´s Dave the Chimp is already well known for his famous mural in Kreuzberg and his fantastic artwork at “Künstlerhaus Bethanien” and he was a significant part of the legendary “Backjumps Live Issues”.

“PRINTS for the New Power Generation”, as the name suggests, will be a collection strictly of screen, lino, and stencil prints. The Chimp will be exhibiting a selection of prints from various shows and street projects from the last few years, as well as some brand new, limited edition prints created exclusively for this exhibition in runs of 25 and under. 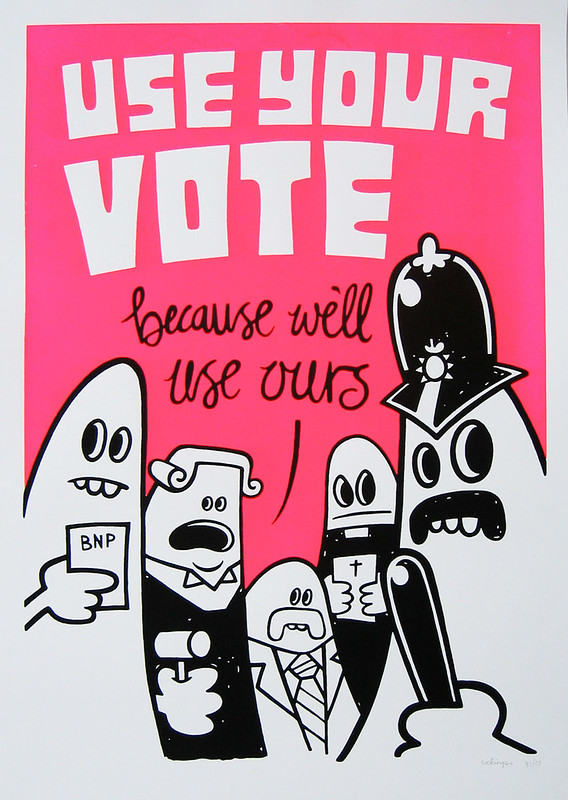 MYMO – I just did this yesterday