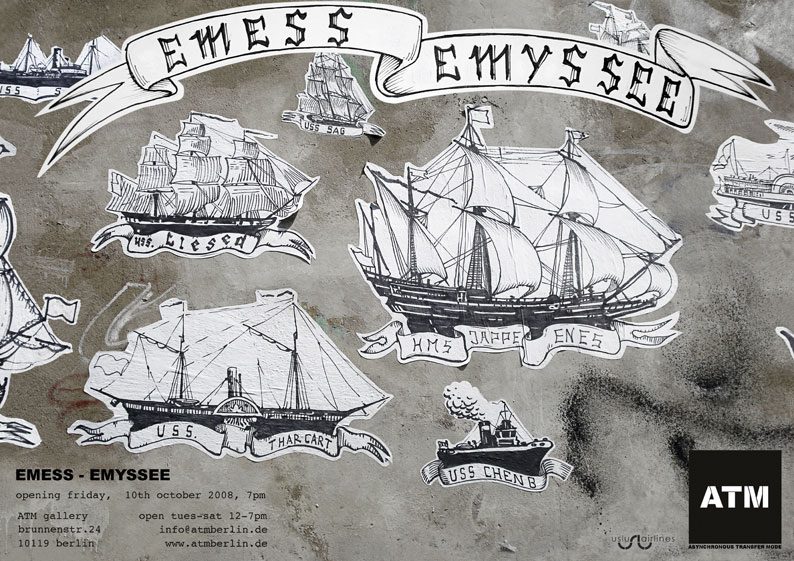 The Berlin-based Urban Artist EMESS is undertaking a very personal exploratory expedition. EMESS voyage is an odyssey through the street cosmos, through materialisation, expressions and contents. EMESS investigates the possibilities of creation and the impact of public spaces. Within his project he is always looking for a new challenge and ways to transform things

By using the specialities of the urban sphere and through using artistic moments of irritation the artist who once was a ‘UDK Meiserschüler’, tries to question the common view.

On the one hand side EMESS wants to draw attention to social and urban changes – for example with his Paste-up-Armada, which shows 36 large-scale sailing boats in the ‘alte Schönhauserstrasse’. The „Flagship Store Invasion Berlin 2008“ criticises the expulsion of small shops through well-funded trade chains and their Flagship Stores in Mitte.

His series of huge bombers, who are armed with oversized televisions, which show the warning “Watch your Head”, is a work, which concentrates on today’s usage of visual media.

EMESS uses specific urban features and tries to react to their changes. His „Deutsche kauft nicht bei Nazis“ poster project in the Rosa Luxemburg Strasse or the alienation of different advertisements, so-called Adbustings are only some of the artist’s projects.

By purposely using certain special happenings and places EMESS wants to irritate and remind. A good example would be the installation of three large sculptures at the 5. Berlin Biennale in the area of the former ‘Todestreifens’.

Through his concrete cast in form of a M16 quick fire gun with a helmet and protection glasses EMESS wants to remind of the wars and their victims. In all of his projects EMESS concentrates on the purpose of questioning the usual and to fight against the loss of remembrance caused by the speed of today’s media.

ATM is proud to present with EMYSSEE around 40 different works of the Berlin Urban Artist EMESS and likes to invite you and your friend to the vernissage. 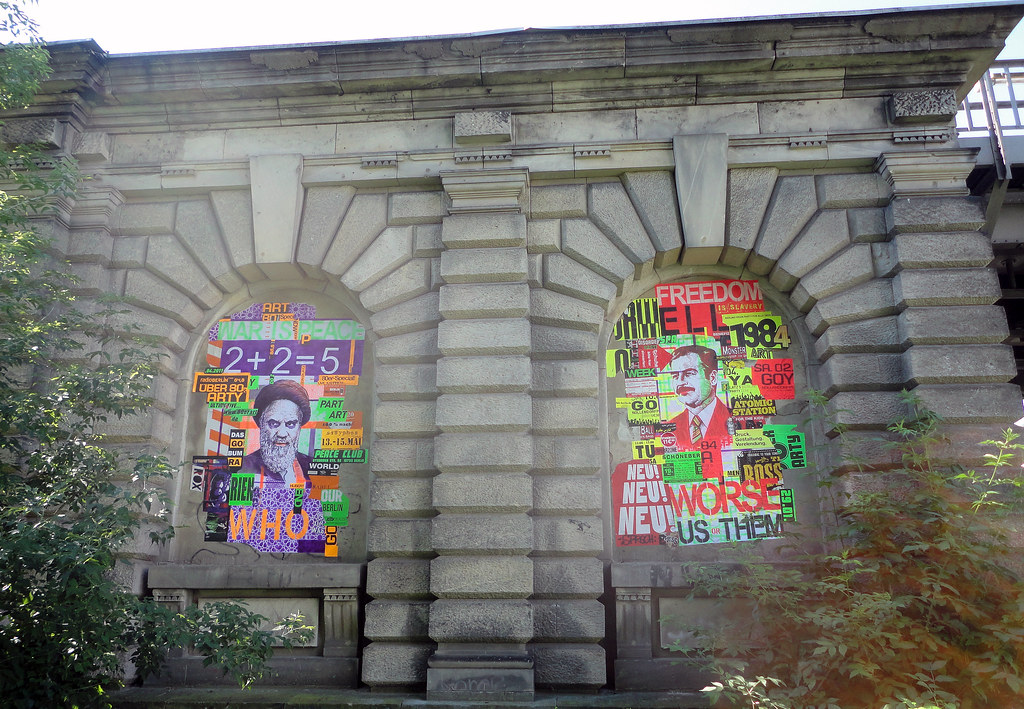 BÖREK – ENCOUNTER OF THE 3RD DIMENSION
Scroll to top